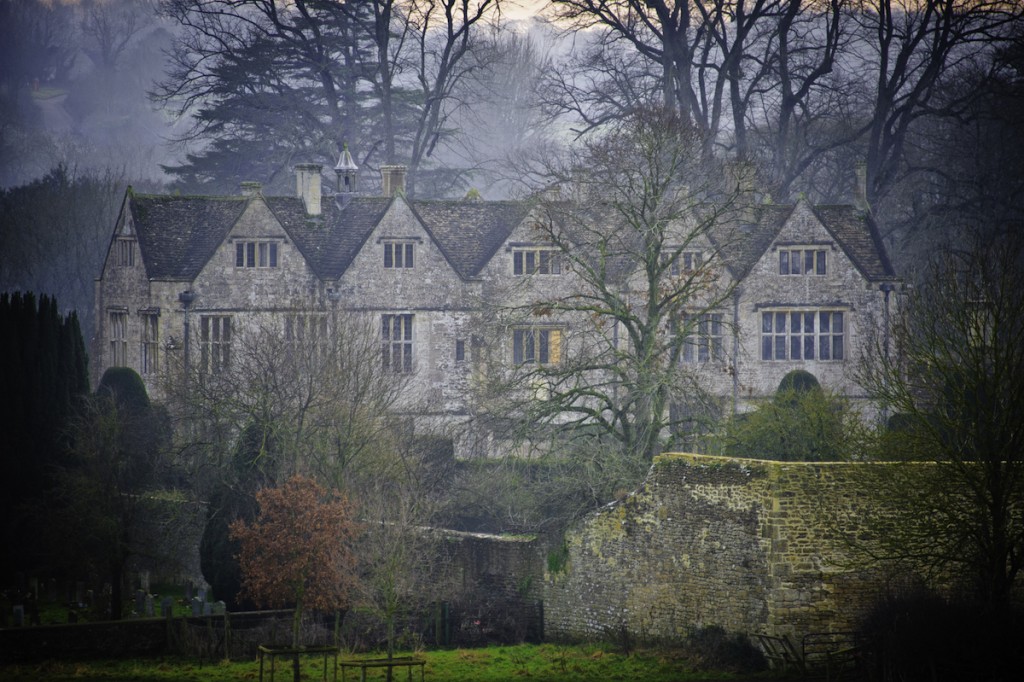 Mells is famous for its lovely architecture, ancient streets and dramatic location. There are many things to do in Mells – visit the ancient church and churchyard, enjoy the walled garden and country walks and, of course, relax in the village Café or the newly refurbished Talbot Inn.

History is what underpins all of this and we are fortunate to have a fascinating history of the village and the Horner and Asquith family (who have lived in the Manor House in its various forms since the 16th century)  written for this site by the current Earl of Oxford and Asquith, Raymond Oxford….

MELLS can trace its history from the Mesolithic flint workshops (ca. 6,000 BC) found on the down to the north of the village, and the Neolithic (ca 2,000 BC) fortresses that are positioned in echelon, guarding the entrances of its valleys. Archaeology has shown that Tedbury Camp, to the east, was part of the same ‘kingdom’, or defensive system, that is dominated by Dolebury Camp above Burrington Combe and the Bristol Channel.

Several British villas (200 BC-400 AD) are located on the south slopes of the down and there are Roman camps on Newbury Hill and in Hobblyground field to the north of the Manor House. The remains of a Roman village has been found along the stream from Branch Farm to the ruined cottage at Quarry Close.

A Saxon village existed around the upper pond at Branch, Saxon jewellery has been found in the Iron Valley and even a ceremonial Danish axehead. In 942 AD the Saxon King Edmund granted land at Mells to Count Athelstan who in turn gave it to Glastonbury Abbey. It was Glastonbury that built most of the medieval part of the village, including the Tithe Barn, Bilboa House, New Street, Selwood House and part of The Talbot inn.

In the old documents the village is called ‘Milnes’, from the same root as the French ‘meaulnes’, in recognition of the many mills, up to 30, that were positioned along the stream from Vobster. Wool was the foundation of Mells’s medieval prosperity and the mills were used for washing and carding the raw wool and processing it into cloth. There was a sheep market here every Monday from 1342 (the nearest other markets were at Wilton and Yarnborough). Though the Black Death took a heavy toll in Mells: the records show that in 1348-49 out of 70 tenant householders 43 had died. The village recovered and of the well-known Mendip clothiers in the next three centuries several came from Mells: Garland who funded the building of the church vestry (1524), as well as the Poyntz, Sharland and Cornish families.

In 1685 Henry Cornish, a Sherriff of London whose Mells house stood on the site of the present Rectory, was executed for his implication in the Rye House Plot (an attempt to assassinate Charles II and his brother James). Apart from wool and weaving, toadflax or woad was still abundant in Upper Vobster and was used for the dye industry. In the 1690s Thomas Blackborne had a ‘dyeing house’at the Old Workhouse – the long building to the west of the present Post Office.

The Horners tend to feature prominently in the area from the early 16th century. In 1535 John Horner bought Nunney, Cloford and Trudoxhill, and in 1543, four years after the dissolution of the monasteries Thomas Horner bought all of Glastonbury’s lands in Mells, Leigh and Nunney from Henry VIII. Before his arrest – and eventual execution on Glastonbury Tor – for his resistance to Henry, Abbot Richard Whiting spent his last night in his ‘favourite’ Mells, possibly at the Manor or at Bilboa House, where his niece lived. The estate passed to a Horner nephew who had married Meriel Malte, the daughter of Henry VIII’s tailor, an heiress in her own right of neighbouring lands.

The earliest part of the Manor House dates to around the 1460s. The present drive was the medieval road towards Bath. The garden walls to the north of the house were built by Richard Bere, Abbot of Glastonbury (1493-1525). The house was extended several times, at one stage forming the shape of the letter H, although its northern wing was pulled down in the 18th century to build a part of Mells Park.

There were originally three other manors (or large farms) at Mells – Samuels, French House and Hayden. Of these, French House survives as ‘Vranch’ or Branch Farm and Hayden lives on in the names of the fields towards Frome. The present church of St Andrew’s replaced a Norman church from 1446 and the tower was probably completed in the 1490s. The parish, which had always been independent of Glastonbury Abbey, was well supported by lay contributions and much of the existing building was completed in the three decades before the Reformation.  It had a handsome rood screen and painted walls which were removed in the 19th century. The Alms House was gifted to the village in 1592 by a Horner.

Charles I stayed at Mells in July 1644 although the Sir John Horner of the day was a Parliamentarian who was later taken prisoner at Bristol, resisting Prince Rupert. His son, Sir George, was a Royalist, and his great-grandson Colonel Thomas Strangways Horner MP (1688 – 1742) was even suspected of Jacobite sympathies. In 1716, after the first rebellion, they came to arrest him at the Manor but he slipped out of the house and walked, disguised as a drover, to Smithfield in London, finally emerging in the House of Commons to clear his name.

In the 18th Century some dissenting chapels or meeting places were established in the village, most notably near the Post Office corner where in September 1785 John Wesley preached for two hours (even though a wasp had stung him on the lip!).

Also in the 18th century the Horners started to build and extend Mells Park; the present Reading Room (which had been an inn, The Bull, from at least the 15th century) was turned into a Magistrate’s Court. A Mells man, Joseph Clavey, started a weekly transport service to London, The Flying Wagon; and the Fussells began their path to fortune by building their various iron works in and around Mells (although the edge tool industry was in fact started in Mells by the Hoddinott family in 1690).

By the 19th century the coal industry which had started under Charles II had taken over wool as the main economic activity in the immediate area apart from agriculture and the ironworks.

There were at this time at least four schools in the village: one at Rectory Corner (founded in 1680 in what was at that time called ‘Twaddle Alley’), the present school on the Green (1813), a boys’ school in New Street (1840) and another school at Prospect Cottage (also 1840) which specialised in mental arithmetic (some dictation lessons have also been found written on the inner walls).

For several years in the mid 19th century the Manor became a training school for young men in the village who wished to receive a clerical or technical training. For example, the Horwood brothers whose painted glass is now in St Andrew’s church were trained in ‘St Andrew’s House’ as the Manor was then known.

The end of the 19th century and early 20th century saw a considerable adornment of the village under Sir John & Frances Horner, who commissioned works from the architect Edwin Lutyens, the stone mason Eric Gill, artists and craftsmen such as Edward Burne Jones, William Morris, William Nicholson and Alfred Munnings.

The village contains several memorials to those who lost their lives in World War I, including the Horners’s eldest son, Edward and Raymond Asquith, son of the Prime Minister and the husband of their daughter Katharine. Lutyens also added some features to the Manor House and built a new house at Mells Park to replace the building, designed by Sir John Soane, that had burnt down in 1917. Frances Horner was closely involved in the political and artistic circles of her day (Asquith & Balfour, Haldane and Baldwin, the pre-Raphaelites and the Nicholson circle), while Katharine Asquith attracted many literary figures to visit and stay regularly at Mells (JM Barrie, Algernon & David Cecil, LP Hartley, Desmond MacCarthy, Hilaire Belloc, Ronald Knox, Diana & Duff Cooper, David Jones, Evelyn Waugh and Siegfried Sassoon).

Many people mistakenly believe that The ‘Little Jack Horner’ rhyme refers to the Horner family and Mells. In fact it has little to do with Mells. It first appears in the 1390s, well before the Mells Horners, and then disappears until the 1760s when a long rhyme is published in which Jack Horner is closely tied to a location in Barnet (north of London). Leland in the 16th century and the original 1543 conveyance, which still survives, both state that Thomas Horner not a John or ‘Jack’ bought the land ‘of the king’ and at a high valuation. Mells and ‘Little Jack Horner’ were not connected in popular legend until the 20th century.

@BBCBreaking Utter nonsense news at 10.Endless coverage of England Game extra time.Didn’t it occur that anyone who cares is WATCHING!

Help slow the spread of #COVID19 and identify at risk cases sooner by self-reporting your symptoms daily, even if you feel well 🙏. Download the app covid.joinzoe.com

The community-owned Mells Café is back. We're open for take-outs between 9am and 2pm. Spread the word!

Village Shop Hours. the Shop is now open - Monday to Friday 8am to 6pm - Saturday and Sunday 9 am to 4pm. PO hours are unchanged. Sadly Cafe still closed.